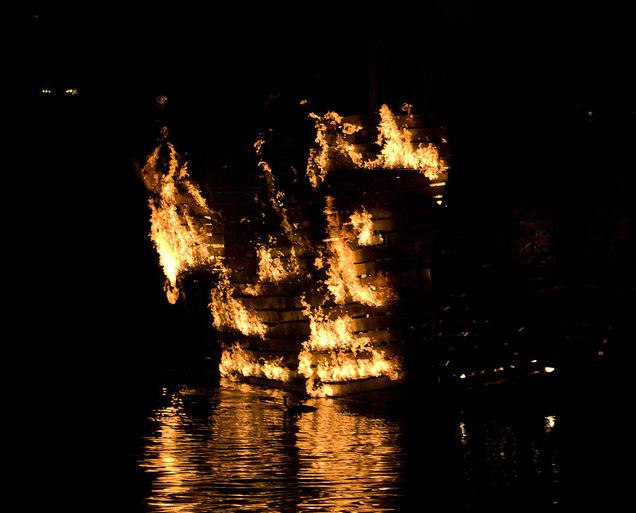 What's the scariest thing you've ever seen while boating? We're not talking about close encounters with sharks, though those are pretty scary. We want to know your creepy, weird, spooky sea stories. Last year, we scared ourselves silly with the tale of Mary Celeste, the most famous ghost ship of all time. This year, we turn from the warm waters of the Sargasso Sea to the windswept Maritime Provinces for a legend as chilling as the Bay of Fundy.

For more than 200 years, the strait dividing Prince Edward Island from New Brunswick has been haunted by the apparition of a square-rigged ship engulfed in "a fiery glow." The figures of frantic sailors are sometimes seen rushing about the doomed ship. The burning ghost ship has been seen by locals and visitors alike, with published reports as recent as 2008.

Unlike many strange happenings witnessed only by a single person, the burning ghost ship of the Northumberland Strait has been seen by groups of people at once. Other boats, including the car ferry Prince Nova, have rushed towards the ship to render aid, only to have the vessel vanish. Many ships have been lost in the treacherous waters off the Canadian coast. Could the fiery ship be the ghost of a real ship? There are certainly many wrecks lying on the ocean floor around Nova Scotia. 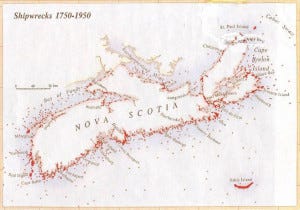 If the phantom ship is not really a ghost, what could it be? As the ship has frequently been seen in misty weather or as a storm approaches, one explanation is St. Elmo's fire, the famously freaky electrical glow sometimes seen during thunderstorms. Named after Erasmus of Formia, the patron saint of sailors, St. Elmo's fire is a form of plasma; the excited electrons set the air alight like the gas inside a neon sign. This weird but harmless "fire" can appear at the ends of ships' masts, lamp posts, and people's fingertips. What about the stories from people who have seen the burning ship on clear days? Skeptics have suggested flaming methane from underwater coal seams, a marine version of the famous "swamp gas" explanation for UFOs. 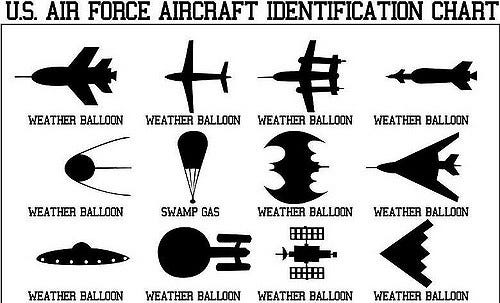 At least we know it's not a weather balloon.

Check out this photo, taken in 1981 by New Brunswick schoolteacher Kevin Mann. Up late grading papers, Mr. Mann looked out the window and saw a fire on the sea. "About three or four miles out there was a fiery mass that seemed to bob in the water. Looking through my binoculars I was able to identify a structure with three spires that had the appearance of being entirely engulfed in red-orange flames. Instinctively I grabbed my camera and began clicking away." 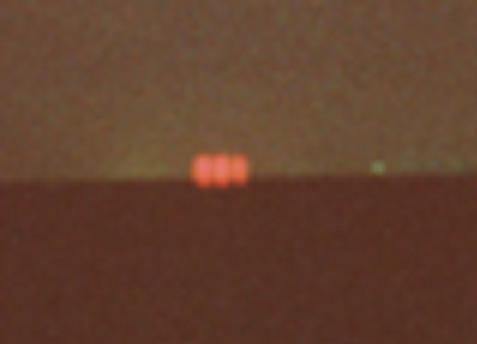