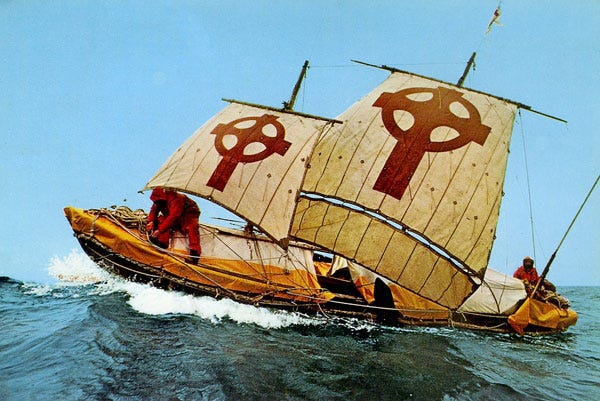 Humans have been boating for tens of thousands of years. Spear points found on the Greek island of Naxos suggest that even Neanderthals took to the waves as long as a quarter of a million years ago. The far-flung islands of the vast Pacific Ocean were discovered by ancient seafarers, some of whom built the mysterious moai statues on Easter Island eight hundred years ago. Of course, the Americas were "discovered" first by the people who crossed the Bering Strait when it was dry land and not a channel, during the last ice age. For the last five hundred years or so, Christopher Columbus has received most of the credit (and blame) for leading the first European expedition across the Atlantic Ocean, yet more than five hundred years before Columbus' 1492 voyage, Norwegian mariner Leif Erikson had established at least one settlement in what is now eastern Canada. Was Erikson the earliest? Some say not. Irish legend holds that about 520 AD, St. Brendan, head of an abbey in Clonfert, built a boat of wood and leather and sailed west with several companions. 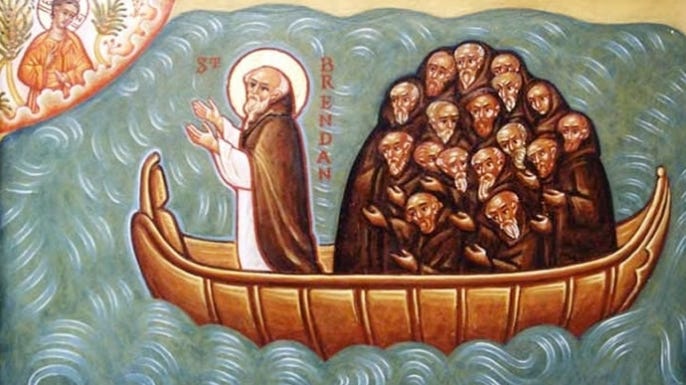 And not a life jacket among them.

As recorded in a medieval text called The Voyage of Saint Brendan the Abbot, the monks visited places they called the Island of Sheep, the Pillars of Crystal, and the Paradise of Birds before landing in "the promised land," an island covered with plants and trees. Ironically, "St. Brendan's Isle" appeared on a 1492 Spanish map, labeled La isla de San Borond�n and placed west of the Canary Islands. 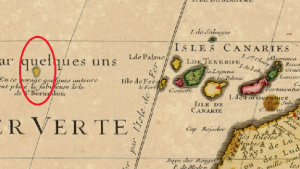 Wonder if Columbus had this map.

In 1975, British adventurer Tim Severin set out to prove that such a voyage could have been accomplished. He and a group of craftsmen built a 36-foot wooden-framed boat, covered it with 49 oak-tanned ox hides sewn together with leather lacing and flax thread, and waterproofed it with lanolin. This type of boat, called a currach, is still used by Irish fishermen, though today builders use tarred canvas to cover the boats' skeletons instead of leather. 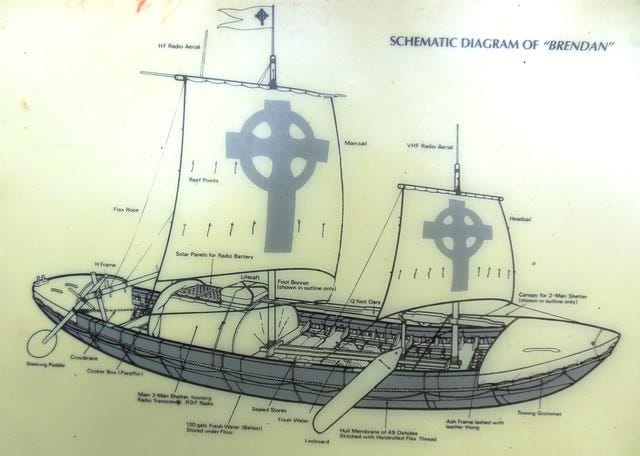 The ship had two masts with linen sails, painted with Celtic crosses.

Severin used only tools and materials that would have been available to shipwrights of 500 AD to build his boat, which he christened Brendan. As this film of the boat's construction shows, the attention to historical detail was staggering.
On May 16, 1977 (St. Brendan's Day), Severin and four companions set out to follow St. Brendan's hypothetical route across the Atlantic. As you can see, Brendan's single small cabin was far from luxurious. 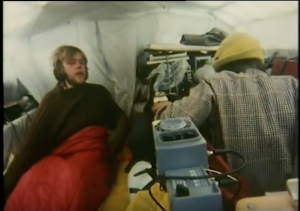 The Brendan visited the Hebrides, the Faroe Islands, Iceland, and Greenland, making landfall in Newfoundland thirteen months after leaving Ireland. Severin and his crew covered 4,500 arduous miles in their small leather boat, proving that St. Brendan's voyage might be more than myth. Brendan's crew noted that the Norse name for the Faroe Islands means "islands of sheep," and that the island group is a haven for all kinds of birds. They saw towering "crystal pillars" of icebergs, and theorized that volcanic activity on Iceland might explain a passage in the medieval manuscript that describes demons throwing fiery rocks at the monks. 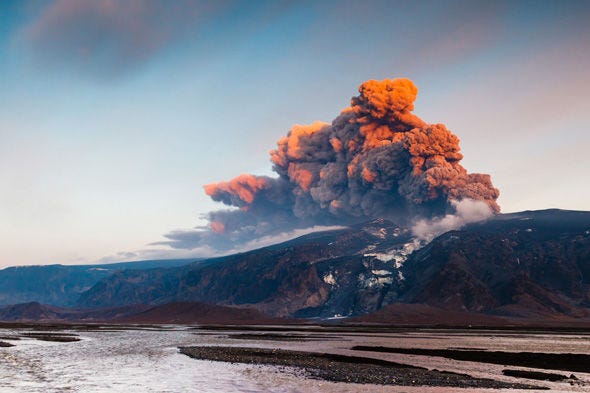 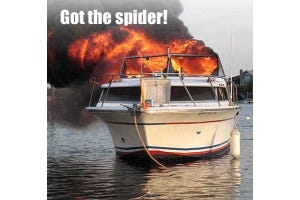